We are proud to have been involved in a project with World Rugby to help promote women’s rugby around the world.

We have completed an episode of ‘Youth Unstoppable’ as part of a series of films profiling talented young female players. The series has already featured players from the US, Japan and France.

In Scotland, the series focuses on 16-year-old Keira Nellies and her sister Morgan, who live near Thurso on Scotland’s far North Coast, and both play for Caithness. Morgan is in the Scottish national women’s squad, and Keira was tipped for the team until she got injured.

We filmed Keira on the road to recovery and at home with her rugby-mad family (Dad, Chris is Caithness‘ Assistant Coach). We also followed her story as she underwent physiotherapy sessions before taking her first tentative steps back to playing at a training session. We are grateful to Keira’s parents for opening up to us in a personal interview about her autism.

The emotional highs and lows were reflected in the weather –we ended the day soaked to the skin, but happy to have shone a spotlight on one of Scotland’s most promising young players.

Click here to find out more about our filming days with the talented sporting duo. 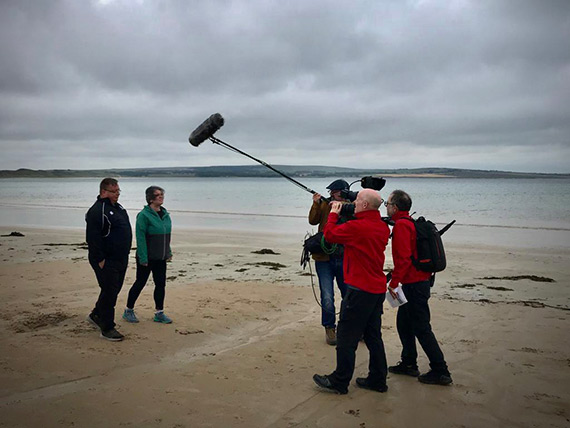