We were delighted to be asked to film at the world’s first floating offshore wind farm Hywind. Our brief was to film trials of different fishing techniques within a live wind farm to prove that these activities can be done safely, without risk to fishing vessels or the wind turbines. This was a joint research venture between Equinor, operators of Hywind, and Marine Scotland Science, the government body responsible for monitoring Scotland’s marine and coastal environment.

We cast off from Peterhead Harbour at 0630 hours in the Guard Vessel ‘Seagull’, a former static line fishing vessel. On board were a motley crew: the skipper, three deckhands, three scientists from MSS and our film crew.

Over two windy days we filmed the Seagull’s crew pulling in lines of crab and prawn creels, and ‘jigging’ – a form of rod and line fishing, before emptying the catch and ‘shooting’ the creels back into the water. As an important adjunct to the safety trials, each individual species was weighed and measured by the MSS team to check the size and health of the catch and monitor the health of the aquaculture within the windfarm.

After two days, bad weather prevented further filming, but we had enough footage for the film and it is currently being edited for release in early 2023, when the trials are concluded. 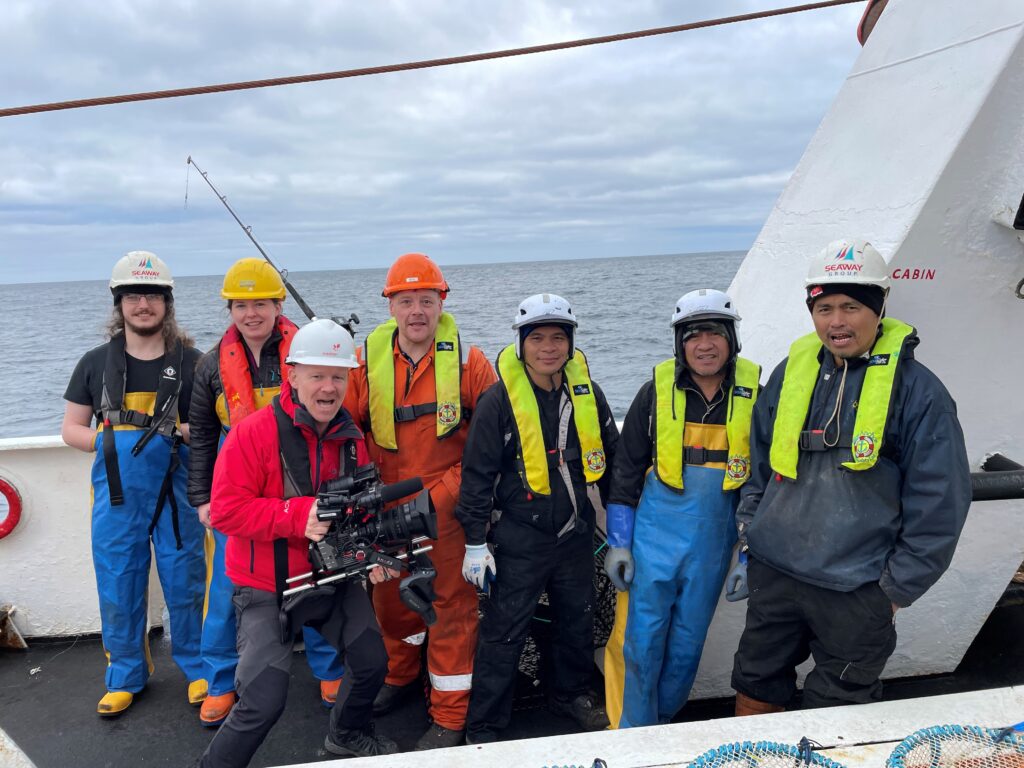 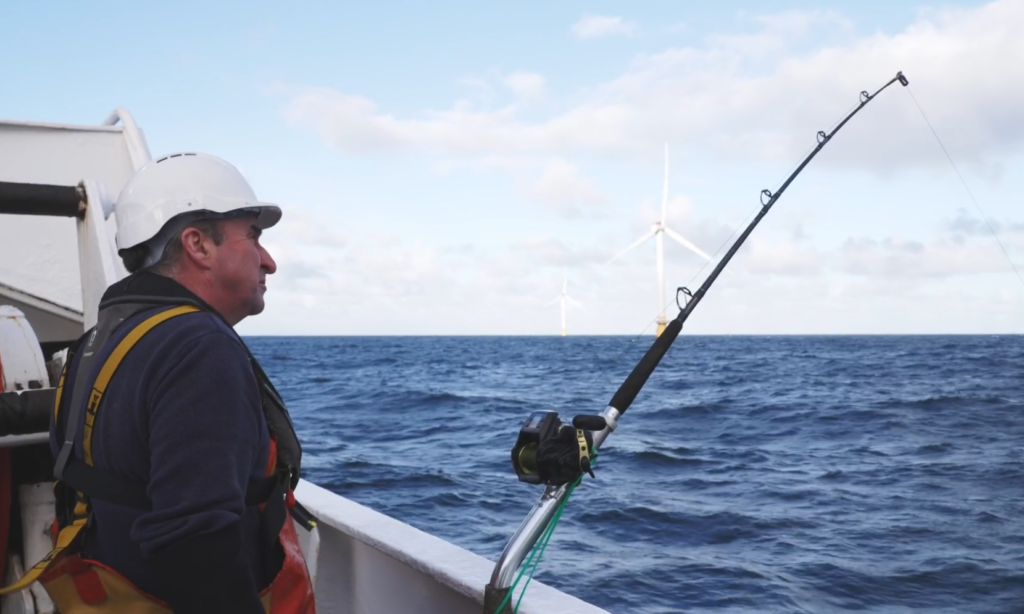