King Of The Hill

Let there be light… sound, heat and electricity produced from a revolutionary kind of wind turbine, with blades made from yacht sails.

With climate change and the COP26 conference uppermost in our minds, what better time to be covering the story of an offshore renewable energy company developing more efficient and cheaper renewable energy?

In July this year ORE Catapult and ACT Blade wanted to document the installation of the world’s first wind turbine blade made out of a textile fabric, commonly used on the sails of racing yachts. These blades are cheaper to produce, lighter, and therefore more efficient. After almost a decade of computer aided designs and indoor lab tests, it was finally time to see if the hard work had paid off.

The intricate installation process took place at the top of Myreshill windfarm. It lasted a three days, as the old conventional blades were disassembled and the new blades were transported and prepared for installation.   Anticipation and tensions were rising, but for good reason. As time ticked on the windspeed was picking up. Who knew that would happen on a windfarm, at the top of a hill, in the middle of the Scottish countryside?

For a moment it seemed as if the installation would have to be pushed back, but the skilled, patient engineers and crane operators took advantage of a break in the weather and completed this significant install.

If the resulting data from this real-world test is positive, ACT Blade will be able to produce more efficient blades on a large scale, to support our global transition towards renewable energy future. 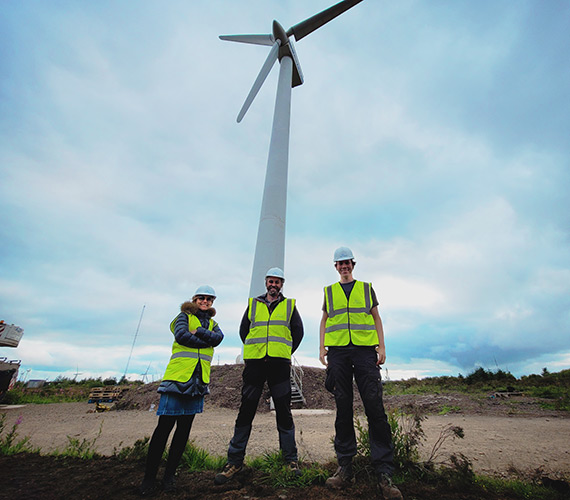 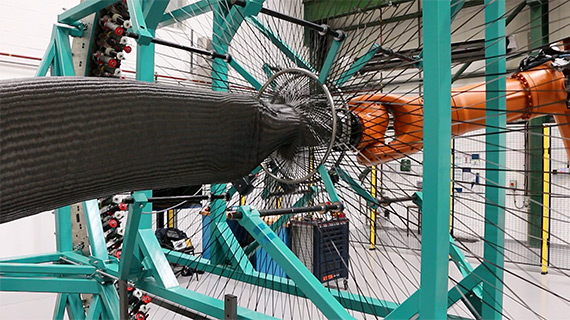