We’re delighted to have produced ‘My Hero’, for Bright Bus Tours, who are owned by First Bus. The marketing video was commissioned to promote their hop on hop off tour, which offers open-top bus tours taking in the sights and sounds of Edinburgh, from the castle all the way to the Royal Yacht Britannia.

But we decided to put a twist on the standard tour video; the star of our film was ‘Dug’, a dog excited to be meeting his hero for the very first time. After enjoying an elevated view of the city, he arrives at his destination where his hero awaits – it is, of course, Greyfriars Bobby!

Dug was played by a beautiful Cocker spaniel called ‘Poppy’. Poppy is something of a celebrity having won the BBC Scotland series ’Scotland’s Best Dog’ in 2021. (Poppy’s trainer is former Scottish Olympic swimmer Hannah Miley).

Poppy, Hannah and our film crew had great fun driving around a very sunny Edinburgh on our own open-top bus, and Poppy attracted a lot of attention from passengers on other buses, as well as passers by.

‘My Hero’ was released to social media channels in July and, and has already received 210,000 views. Marketing Manager for First Bus, Carolyn Harper, said, “… the whole team at Signal have been fantastic to work with. They created a superb concept for the relaunch of Bright Bus Tours – something light-hearted and engaging to capture audiences across Scotland. Utilising the video content created, our campaign has exceeded previous digital metrics by 40%, with an uplift in web sales and revenue.”

We have done both recently and it has been a great experience each time. We’re thrilled at the film’s success, and we are grateful to First Bus for trusting us to try something different!” 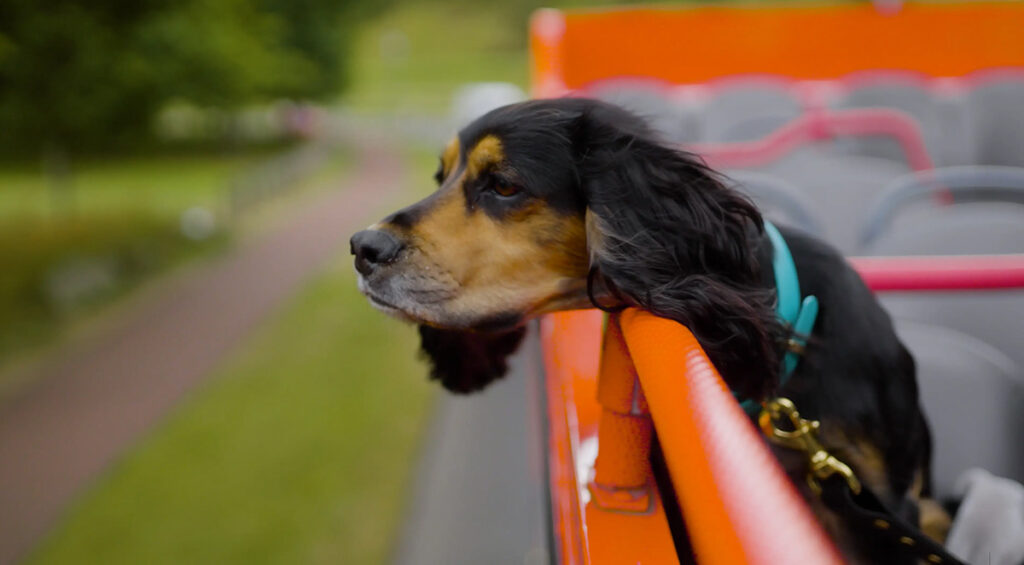 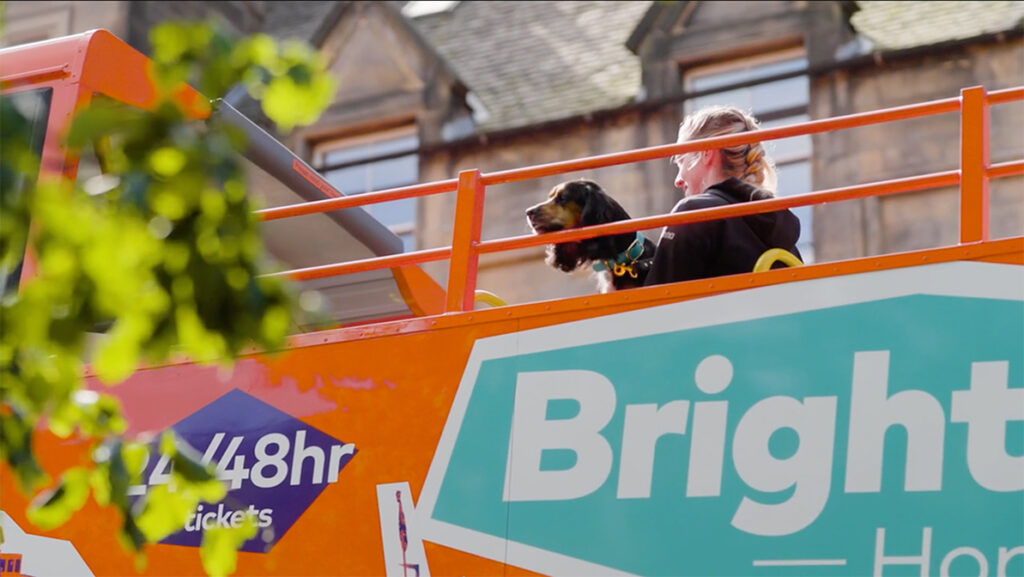